Click to see more about some of our awards & accomplishments.

Wilson & Associates is one of the largest woman-owned companies in Arkansas, as published in Arkansas Business – March 2019 edition.

Wilson & Associates is one of the largest woman-owned companies in Arkansas, as published in Arkansas Business – September 2017 edition.

Wilson & Associates is one of the largest law firms in Arkansas, as published in Arkansas Business – June 2019 edition.

Jennifer Wilson-Harvey was recognized as one of Arkansas’ Best Lawyers in the Banking & Finance Law category of AY Magazine’s June 2019 edition.

Jennifer Wilson-Harvey was recognized in the 2019 Edition of The Best Lawyers in America© for Mortgage Banking Foreclosure Law in Little Rock.

The Diamond Service Award is the highest service award presented by the USFN recognizing member firms that represent the highest quality of the ideals embodied by the USFN, and symbolize the USFN’s continuing commitment to quality.

Jennifer Wilson-Harvey was featured as one of the 2018 Power Players as published in AY Magazine – March 2018 edition. 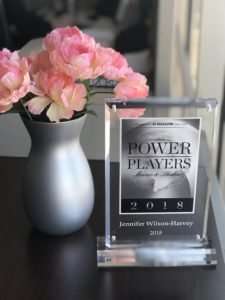 Robert M. Wilson was honored by receiving the USFN Lifetime Achievement Award. This award was given to Mr. Wilson in recognition and tribute to his 32 years of practice in the legal profession, representing clients in a professional, ethical and competent manner, and 22 years of excellence as a Founding Member firm of USFN. The Lifetime Achievement Award was granted to Mr. Wilson with the respect, admiration and fond regards of his peers and fellow USFN members.

Recognizing outstanding contributions to the development and growth of the USFN during an individual’s career. Recipients have shown a deep commitment to the USFN, been instrumental in contributing to its sucess, and epitomize the character and ideals of the founders of the USFN. September 22, 2001

Presented to Robby Wilson for creating the USFN Retreat.

In recognition of outstanding services performed to continue our association’s growth and professionalism.

1994 USFN Board of Directors Service Award